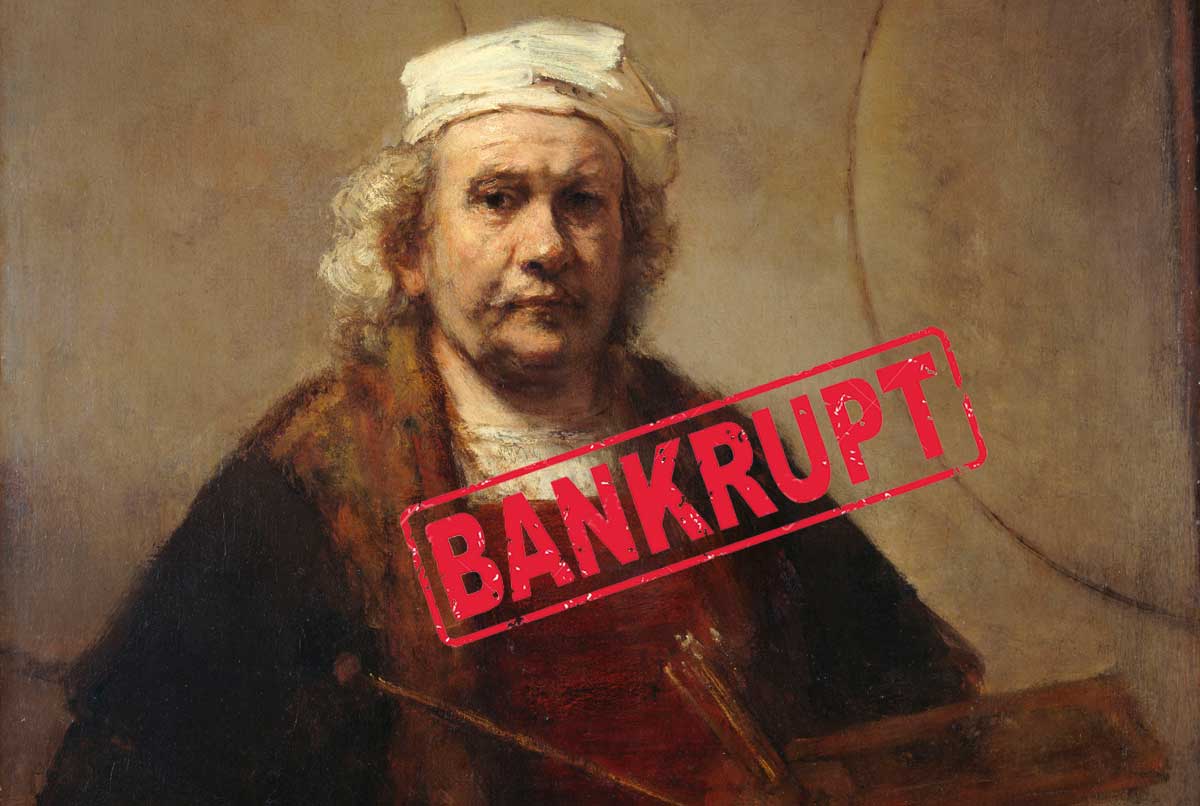 The Dutch Golden Age artist Rembrandt left so many pages of his life unfolded. His ironic life has been a spot of keen interest for many. However, he was no ordinary man, and his life journey speaks it all for him.

From success to challenges, hard times to good times, Rembrandt experienced a rollercoaster ride of life. While some remember him as an exceptional artist of “The Return of The Prodigal Son,” others consider him a bankrupt noble.

After almost 350+ years of his death and the legacy he left behind through his portraits, there is plenty that you don’t know. Navigate the segment below that highlights Rembrandt’s life journey and how an influential personality like him faced bankruptcy and struggled financially in his ending period.

Rembrandt was born on 15 July 1606. He was the ninth child to his parents, Harmen Gerritszoon Van Rijn and Neeltgen Willemsdochter. But unfortunately, he was not born with a silver spoon, and his parents were barely well off for the period.

There is no evidence or finding that they carry Rembrandt’s upbringing being close to his religious values. But, Rembrandt Harmenszoon van Rijn was a person of religion. He personified his religious values so much through his work that they were his central theme. All of his children were christened in churches with Dutch Reforms.

His deep interest in paintings has been palpable since he was a child. He honed his art as an apprentice to Jacob van Swanenburgh, a renowned painter from Leiden. More apprenticeships followed him with great artists from Amsterdam and other famous painters from the Dutch Golden Age.

An Artistic Period of Success and Fortune

In 1625 Van Rijn opened his studio in Leiden, and soon after 1627, he started mentoring young artists in his studios. By 1629, Constantijn Huygens, a highly influential person, became an indispensable figure in his life. This connection between Rembrandt and Huygens resulted in Prince Frederick Hendrix showing deep admiration for his artworks.

He commissioned and purchased numerous classic pieces by him. All this inspired him to learn more, and that’s when he decided to move out of the Netherlands. It was a game-changing idea for Rembrandt to move to Amsterdam in 1631.

Amsterdam took the tangent of Rembrandt’s artistic career to unimaginable heights. He flourished and finessed his art to the literal best that the world has ever seen in Amsterdam.

The Beginning of his Misery

Rembrandt got married to Saskia Van Uylemburgh in 1634. He was a cousin of art dealer Hendrick van Uylenburgh. The same year he became an eminent member of local guild painters and a Burgess of the city. In 1635 they moved in together to a swanky Nieuwe Doelenstraat. Rembrandt was a fruitful year as everything ran swiftly under his will.

But destiny had other plans for him. In 1638, Rembrandt and Saskia again moved to an extravagant house. It is now the Rembrandt House Museum located in the Jewish quarter. It was the mortgage of this house that initiated financial hardships for him. Rembrandt didn’t realize in the beginning that this house would welcome his misery.

Later on, as time passed by, his excessive spending and poor investments started a trail of financial ruin for him. And it was not just money that hit him hard, but the loss of his family gave him a deep trauma.

In 1635, his son Rumbatus died two months after his birth; in 1638, his daughter Cornelia died just after three weeks of his birth, and in 1640, his third child died after just one month. Grieving the loss of children was just in its healing phase, but in 1641, his wife Saskia also passed a year later after giving birth to their fourth child, Titus.

Geertje Dircx was hired as Saskia’s wet nurse and Titus’ caretaker. She later became Rembrandt’s lover, and it was somewhat the onset of his financial ruin. Geertje charged him with a breach of commitment, after which he had her committed to an asylum.

In the 1640s, Hendrickje Stoffels entered Rembrandt’s life, who was in the first place his maid, then lover and mother of his child Cornelia born in 1654. Society and people from the church did not accept the union of Rembrandt and Stoffels.

Apart from having romantic relationships with Geertje and Hendrickje, he never married them. Because Titus was the sole heir of Saskia, her will stated that Rembrandt could only access Titus’ trust funds if he never remarried.

The Financial Ruin and Bankruptcy

Until then, he struggled and fought battles on the family front. The financial ruin was about to knock. Nevertheless, Rembrandt did not compromise his lavish lifestyle and continued to live beyond his income. He purchased valuable arts, Japanese armors, busts of Roman Emperors, and expensive Asian objects to multiply his collection.

His bankruptcy hit him in 1656, which forced him to sell most of his exquisite collection. The worst part being the price he got for his valuables was very disappointing. It was a deteriorating phase of his life when he lost everything. He had to sell both his house and the printing press.

While everything spiraled and people hunted him for debts, only his painter friends from the Amsterdam guild helped me. In 1660, Titus and Hendrickje established a business setup as art dealers with the Amsterdam guild rules and regulations. Rembrandt continued to work on his art and accepted portrait commissions and apprentices.

End of His Life and Beginning of a Legacy

Both his children, Titus and Hendrickje, died before him. Titus in 1668, Hendrickje in 1663, and Rembrandt again became helpless at this stage. Only a year after Titus’ death, on 4 October 1669, Rembrandt also passed away. His life ended, but his legacy through his famous paintings and artworks continues to live forever to grace the earth. The impeccable work he left behind will influence generations to come and admire that an artist like him is not easy to find. 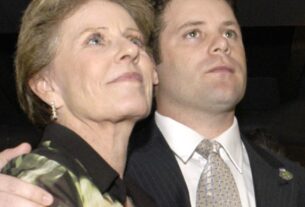 Michael Tell: You Need To Know About His Son and Ex-wife Patty Duke 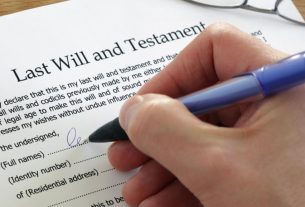 Making A Will – What Are The Most Important Things You Must Include?