Metal Bands: Songs have a unique purpose of entertaining us!

We are always hopeful that our favorite singers or bands will give their best which we may like! Of course, an artist’s life is controversial, and there is no doubt. But the thing is that we cannot ignore the contributions of an artist of the bands.

We have our own choices, and there are issues with being in a particular genre of songs. For instance, some of us like to listen to pop music; some love Hip Hop, many love Jazz, and some love to go hard and feel banging music with heavy metal!

Well, it’s not for all but for the audience who wants to taste something new or is liberal in terms of experiencing new genres. But, no matter what genre you like the most, you will love the contributions of heavy metal bands over the years.

Yes! We are here to discuss the bands that have created history, making the fans mad with their hardcore songs. We must consider that heavy metal and hard rock have a thin line to differ, and often we fall into the trap of not recognizing the difference.

Metal Bands For The Beginners

If you are a beginner, you should go with our list because we know that you are going to love it while taking it comfortably. There are bands that might be too harsh on you because they are not for beginners. But we have some that can be listenable for both the old and the new ones.

You can download the songs of these amazing bands for free from The Pirate Bay.

Yes! We have Metallica! We already knew Metallica before we knew it, and that’s why it is at first on this list.

This is an American heavy metal band formed in 1981 in Los Angeles. Two main avatars, James Hetfield (vocalist/guitarist) and Lars Ulrich (drummer), are responsible for making so many people mad at the band!

Well, they were controversial throughout their lifespan, but they never failed to keep a seat empty at their shows. They were very vigorous and challenging in terms of making their own decisions and creating true masterpieces for the audience.

Pantera is another heavy metal band that was also formed in 1981 in Texas. Phil Anselmo (the vocalist) and Rex Brown (the bassist) were the best lineups for this band, and the songs still lead our minds and mood.

Their fifth studio album, Cowboys from Hell, is very popular among their fans, and the particular song Domination is probably on everyone’s list of favorite songs. Metal is all about the outrageous voice with quality music, and that is enough to make you mad about it.

You can listen to Pantera to adjust your habits with heavy metal.

If you are a beginner to this genre, you need to know the root and Black Sabbath was established way back in 1968 when people had no idea about the genre.

This is a prominent English famous rock band with popular songs and albums. Tony Iommi (guitarist), Bill Ward (drummer), Ozzy Osbourne (vocalist), and Geezer Butler (bassist) were involved in the creation of this band.

Paranoid is their most popular band with a bunch of quality songs. Listen to these songs for the sake of a better experience in metal bands.

The name counts the weirdness of this band and is very significant while involving the audience with confusing and mixed music. This band has the ability to give you hard proportions of music and also the key essence of melody as you are new to this level.

Listen to Chop Suey! And you will know the mixture of music they use in their songs. You can also go for Radio/Video if you want to get a glimpse of hard rock and then suddenly shift its gear to a totally melodious tune. Andy Khachaturian was the core member of this bank at first.

With this band, the thin line between heavy metal and hard rock became thinner and more difficult to process. Opeth is a progressive metal and rock band that has been delivering quality songs since 1989.

Whether you go for Deliverance or Morningrise, or watershed, they have a plethora of songs in each album that can blow your mind. David Isberg was the master vocalist behind the inauguration of this Swedish band.

Get Ready To Bang Your Head

It’s your time to get into the world of metal and consider these bands to understand the essence of true metal songs. We have shared with you a mixed list where you can get both the modern aspects of metal songs and the beginning aspects of it.

What are you waiting for? Listen to these bands, and feel free to flame away in the comments. 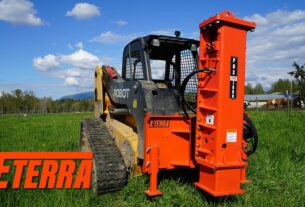 Press Down: Choosing A Skid Steer Post Driver For A Construction Project 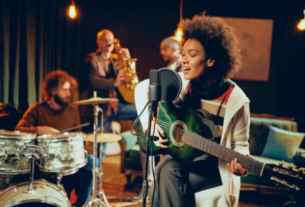 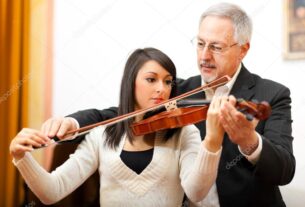